So we settled into to our cool room and checked the internet for some fun things to do in Memphis on a Thursday night. We got a late start and the first place we visited was “Club 152” http://club152memphis.com/ . They did not have a cover, we like this idea a lot, and a 3 piece blues band called “The Blues Player’s Club” http://jonathanellisonmusic.com/ . They were a fantastic and dynamic group. We danced there a bit and then went to the patio to watch some of the local kids performing acrobatics in the closed off street. They were amazing and their act looked rather dangerous, no mats or spotters for these kids. Just raw athletic ability. Not something I will try anytime soon.  I’m pretty convinced that currently………….my feet do not belong over my head. 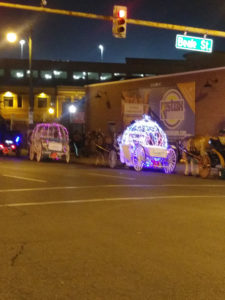 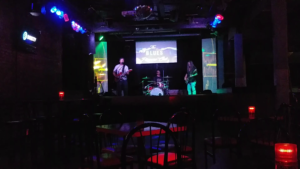 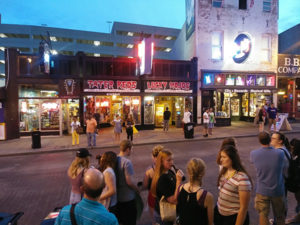 While admiring at the acrobatics we noticed that directly across the street was BB Kings which also had a band but a $5 cover so we just walked by. It was late now and we were going to have a long drive the next day so we headed back to our hotel. We felt that Memphis seemed similar to Nashville in terms of bar things to do. We both thought that it would be fun to come back here on a Friday or Saturday night sometime.